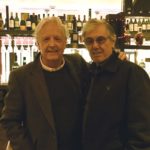 HERO & VILLAIN
Had a lovely day, yesterday …
Drove over to my old haunt, Sunningdale, in Berkshire, to meet up with my old “mentor”, the great Keith Mansfield, whom I had invited for lunch.
I hadn’t seen Keith since Mike Smith’s send off, and we had a great, very funny lunch, catching up, and chewing over the old days and the old stories … god, did we laugh …..
We worked out that we first met in late ’66, nearly 52 years ago, when Mike Smith, our CBS producer, pulled Keith in to write an orchestral arrangement for our first, maybe second CBS single “Cant Stop Now” which was recorded at Sound Techniques in Chelsea.
I would’ve been 18, and Keith around 26…..
Keith went on to score nearly all of our orchestral stuff incl “Loving Things”, Baby Make It Soon”, “Oobly-Doobli”, the complete CBS album inc “Man In A Shop”, and most important to me, “Reflections Of My Life” when we moved to Decca ….. Hero & Villain
Keith also scored Love Affair’s “Everlasting Love” and “Rainbow Valley” …
Keith is very highly regarded in the music business, and the big band world, as a composer and arranger and wrote and arranged many of the famous TV sports themes you have all grown up to, like the Wimbledon and Grandstand themes, Big Match etc …. He also contributed extensively to the famous KPM music library, and somewhere, right now, his music is being used somewhere on the planet!!
He did divulge an astonishing fact … apparently, in those days, the record companies paid him £18 an arrangement …
tho Decca did pay him £25 for “Reflections” !!!
I wrote at the top of this that Keith was my “mentor” …
He wasn’t aware of it ….
Obviously, there are significant moments in all of our lives … both in private, and often in a professional capacity, but at that very first session at Sound Techniques, I could not believe what I was hearing and that this guy was responsible for producing it!
The subsequent sessions hooked me in, and I watched him at every opportunity, attending all of the scoring sessions, nicked the scores and took them home, ( I still have many of them today ), observing and digesting how he had transferred what I was reading in front of me to what I was hearing as I played back what we had recorded …. I knew I wanted to do the same and had to learn how to do it … which I endeavoured to do, and I did.
“Unsung hero” is one of those old fashioned expressions … generally about people who have made a huge contribution to the recognised success or notoriety of something, but Joe Public don’t have a clue of their existance ….. why would they …..
anyway, ive banged on enough … ‘think you get the message!!
Here’s to the next lunch ……..
by the way, as you can see, we had near cleared the lower shelf … just starting on the top!!!!
Image may contain: 2 people, people smiling, people standing and indoor… 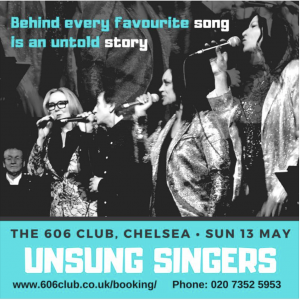